In Memory of
Vincent
Valenti
1930 - 2017
Click above to light a memorial candle.
Memorial Candle Tribute From
Solfanelli-Fiorillo Funeral Home Inc.
"We are honored to provide this Book of Memories to the family."
View full message >>>
Send Flowers
Plant a Tree In Memory of Your Loved One
Click Here
Menu 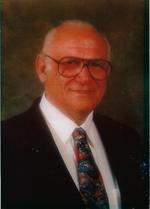 Vincent Valenti passed away early morning on Christmas Eve. He was born in Scranton, PA on June 17, 1930. He resided in Hamlin, PA for many years, worked in the construction industry and loved the flea market, where he had many friends. He was the son of the late Salvatore and Frances Bonaddio Valenti. He was preceded in death by the mother of his children, Gae Comstock Valenti, who died on December 12, 2017, sister Rose Valenti, brothers Anthony Valenti and Joseph Valente, son-in-law, Anthony Roedel who died on November 17, 2017 and dearest friend, Antonia Tasker.

He is survived by daughter, Frances Czyzyk and husband, Edward, sons, Salvatore Valenti, Richard Valenti and wife, Mary Lou, daughters, Gae Roedel and Victoria Kizer, brother and sister, Philip and Marie Costanzo, all of Scranton, in addition to 10 grandchildren, 17 great grandchildren, and nieces and nephews. Vince will be greatly missed by all.

The family will receive relatives and friends Friday 9 am until 10 am in the Solfanelli-Fiorillo Funeral Home Inc., 1030 N. Main Ave. Scranton. Interment Cathedral Cemetery will be private at the convenience of the family.
In lieu of flowers, memorial contributions can be made to St. Jude's Children's Research Hospital, P.O. Box 1893, Memphis, TN 38101-9950.